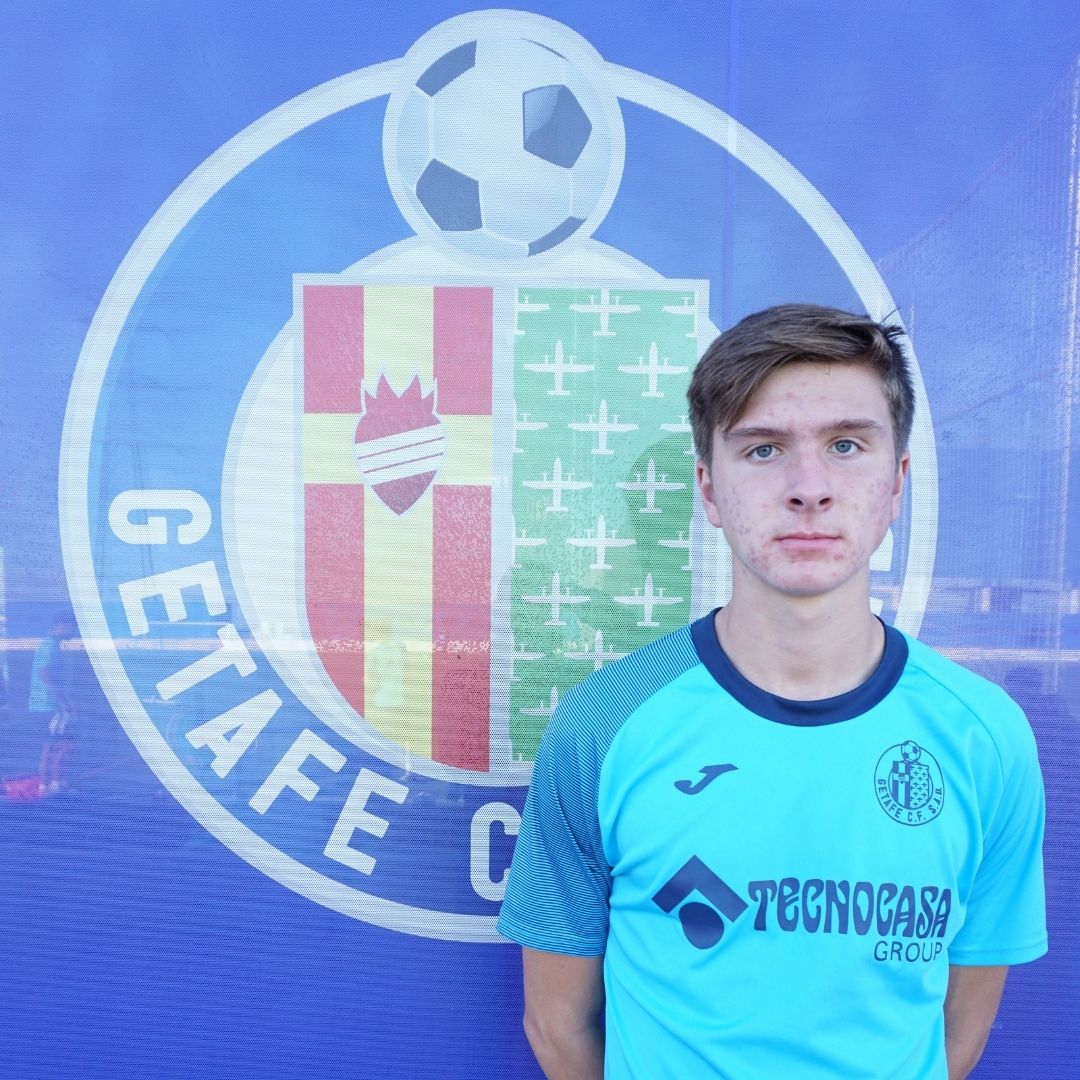 Who is Alex Khrel? Alex Krehl is a 18 year old graduated student from Aquinas American School who plays as a striker and comes from Chicago.

Which aspects of your game did you develop most at the Academy? I learned how to use spacing a lot better and how to be better at winning the ball in the air.

Mention one highlight of your year at the Academy. One highlight was staying 10 days with the team in Malaga playing against Malaga CF and playing a really good game.

Describe your experience training with the U18 of Getafe CF. It was a really valuable experience. During several weeks I could test my skills with top quality players, and realized how good the kids our age can be. However, it made me realize that I am not so far away from that level and one day I could be one of them.

You just graduated from Aquinas American School and therefore,  you have to leave the Academy. Where are you playing next season? Next season I will have the opportunity to play pre-season with the first team of CF Pozuelo and I hope to stay at the club after.

What are the main differences you notice between Spain and the USA regarding training methodology and game style? The main difference is the emphasis on keeping the ball and not being so direct.

What would you recommend to any player who joins the Academy? I would recommend to put full trust in the coaches and let them help you because they can give you the chance to prove yourself to important coaches.